Some of the first things I notice when I arrive at Amchitka Island are all of the coral-reef colors of anemones, sea stars, fish, and kelp that can be seen below the dock in Constantine Harbor. It reminds me that the Bering Sea is a richly diverse place in spite of harsh conditions on the  surface.

There is a lot of natural beauty here, but it isn’t like the stark, volcanic mountains, waterfalls, or wild ocean spray of many of its neighbors. This part of the island is quite flat, although there are small mountains in the distant wilderness area that I can’t glimpse through the heavy clouds. 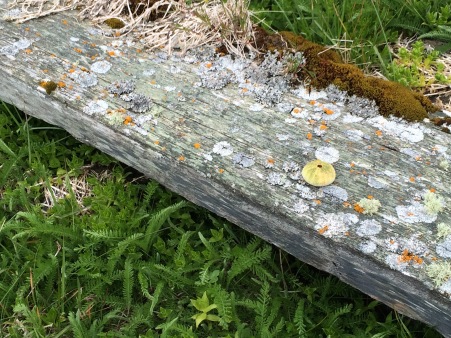 A tiny ecosystem on an old sawn board, with an urchin shell ornament

Amchitka’s beauty is on a smaller scale: flowers, lichens, mosses, birds, and urchin shells. Whole communities of mosses and other tiny life forms are even developing on the tarmac. On the island’s soils, in low areas that have been undisturbed for at least a few decades, thick pillows of peat have formed, with their own complement of plant life.

At higher altitudes, the ecology becomes more complicated. In these exposed areas, winds dry out the soils and plants, creating bands of miniature shrub communities built around crowberry plants that alternate with with bands dominated by tundra grass. Neither is considered to be a climax community by ecologists because the bands shift over time, a constantly morphing patchwork of slow-growing life. Different still are the verdant ecosystems near the ocean. There is huge diversity here, if you stoop down and look closely enough. 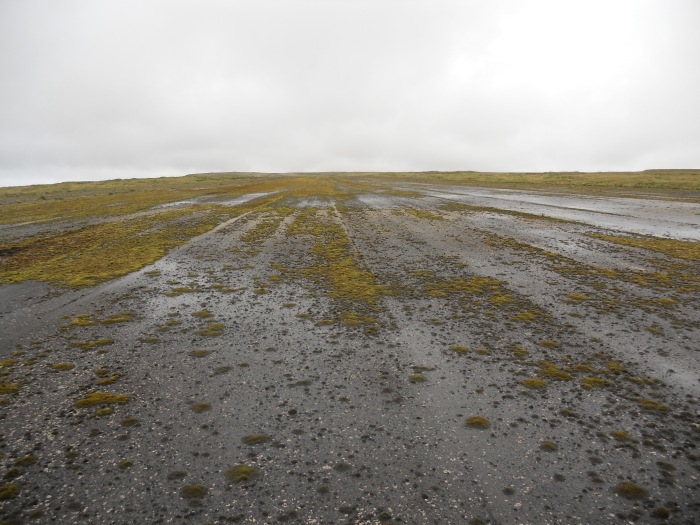 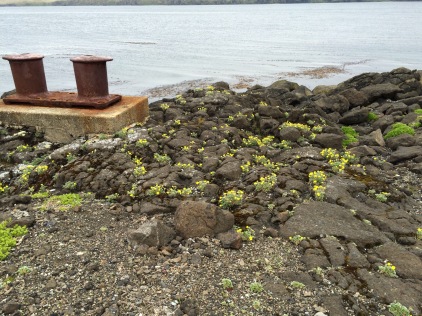 Plants along the shoreline near a rusty battleship mooring

One of my favorite experiences on Amchitka Island was witnessing flocks of Aleutian Canada Geese. They look like miniature replicas of the large flocks I see migrating in Colorado, complete with their striking black and white heads. But these have white collar feathers, and their honks are higher pitched. Every time I hear them, it makes me smile. Aleutian Canada Geese were listed as endangered in 1967 but upgraded to threatened in 1991. They recovered enough to be delisted in 2001. In the early 20th century, trappers brought nonnative foxes to the Aleutian Islands to expand the fur trade. These foxes decimated the nesting grounds of the geese. Lots of people worked to remove the foxes from the islands and relocated populations of the birds. These included efforts on Amchitka Island, where the geese were once extinct.

The human footprint since the 20th century on the Aleutian Islands is heavy and undeniable. But, here as everywhere, nature eventually creeps back into the works of human beings. My trip to Amchitka Island has reaffirmed for me the need to continue to attend to the remote places, the need to help them heal. Maybe they are the most important places of all. 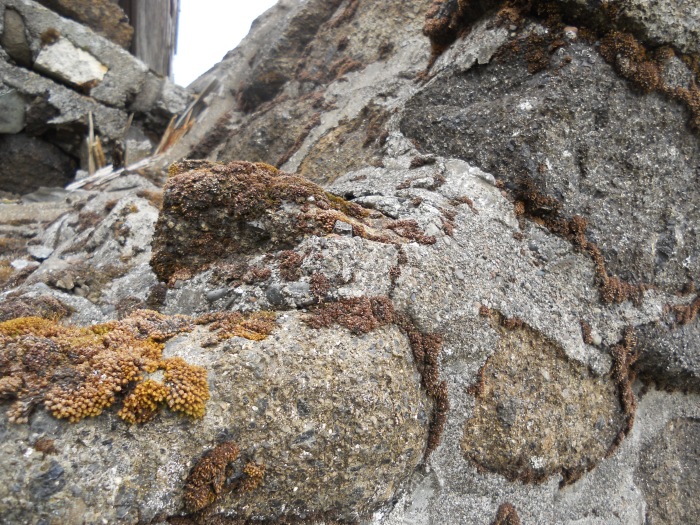 One thought on “The Abandoned North: Part VIII – Amchitka Island: Natural Beauty on a Small Scale”