We have all enjoyed breakfast and dressed in waterproof, cold-weather gear before we arrive on the deck of the Tiglax. The crew has already used the boat’s crane to lift gear, including a bunch of all-terrain vehicles (ATVs) from the deck to the ancient military dock. The size of the dock is appropriate for battleships, not for research vessels, and my question about how we’ll come ashore is answered right away as the crew attaches a nautical man lift to the end of the crane. Basically, we’re just a little more cargo to be unloaded. I prepare myself for my first trip in a man lift. It turns out to be fun. 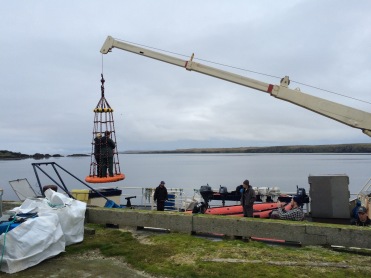 The man lift in operation

During World War II, when the island was used as a forward base in the campaigns to retake Attu and Kiska Islands, a road was built for access to various military facilities. The road runs the length of the 40-mile (64 km) long island and is called Infantry Road. In 2011, during  the previous Department of Energy monitoring trip, full-sized vehicles were used to access the monitoring sites. Since that time, earthquakes and storms have damaged the road, making it passable only by ATVs. To get to the farthest site, it is necessary for us to ride over 25 miles each way. The temperature is in the low 40s (4-5 °C), it is raining, and there is a brisk  wind. I feel like a popsicle by the time we arrive at “Drill Site E” to begin our monitoring. 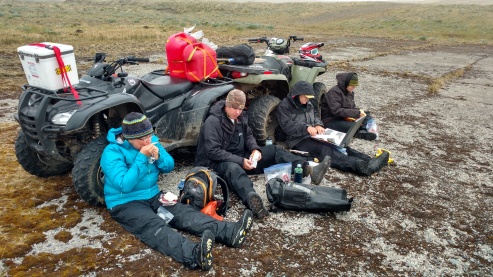 Me, Stephen Pitton, Craig Goodnight, and Danika Marshall eating lunch on Amchitka sheltered from the wind

The U.S. Fish and Wildlife  Service published a fact sheet that might help a reader get better acquainted with Amchitka Island. Most of the structures associated with World War II campaigns, Cold War nuclear detonations, and  Relocatable Over-The-Horizon Radar (ROTHR) facilities were removed during cleanup in the late 1990s. What is left is a treeless tundra, filled with the austere beauty of lakes, bogs, and mist. Much of the mountainous northeast end of the island, beyond Drill Site E, is designated wilderness. The remainder of the island is part of the wildlife refuge.

That said, plenty of evidence remains of the military and other federal operations that once took place here. The lines of disturbance can plainly be seen on satellite photos. Some  structures remain, including a toppled officer’s club, an aircraft graveyard, a 2-mile-long (3.2 km) runway, and thousands of Rommel stakes poking up through the blankets of peat. Rommel stakes were used during World War II to make up wickedly simple defense lines. They are made of sturdy, rounded bars of iron, and the top is sharpened to a point. Loops were made in  the long, iron stakes themselves, and the loops were used to string lines of razor wire. Stakes like these are still being removed on more populated Aleutian islands, but they are visible across the landscape of Amchitka.

Left: The disintegrating wing of a World War II aircraft graveyard near Constantine Harbor. Right: The remains of an officer’s club from the 1940s. This building stood intact until only a couple of years ago. Now, only the chimney still stands. The island is slowly leaning back towards wilderness. 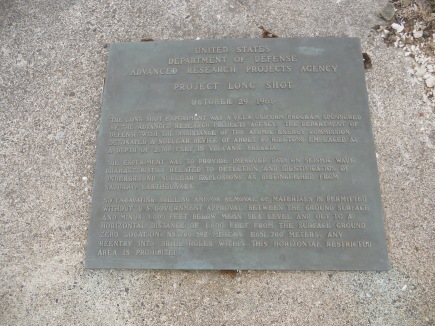 It is hard to imagine how much effort went into planning and executing the three underground nuclear detonations on this island. The first was called Project Long Shot, conducted by the U.S. Department of Defense in 1965. The second, Project Milrow, was ordered by the U.S. Atomic Energy Commission in 1969 under chairman Glenn T. Seaborg, after whom the radioactive element, seaborgium, was named. In 1971, AEC concluded its underground nuclear tests with the largest in history, Project Cannikin. All of the detonations required weeks to months of drilling time and the construction of temporary villages to house the engineers, scientists, and workers.

Cannikin, the largest and deepest, needed a bore hole about  7.5 ft (2.3 m) in diameter and 6,150 ft (1,875m) deep, although the concrete plug at the top of the borehole is about 30 ft (9 m) wide. It feels strange standing above the sites, wondering what the eerie detonation chambers far below are like. Nobody really knows, but the detonations were expressed on  the surface, most notably at Cannikin. It is interesting to note that the international environmental activist group, Greenpeace, got its start protesting the Cannikin detonation. The fishing boat they used to voyage to Amchitka was named the Greenpeace. 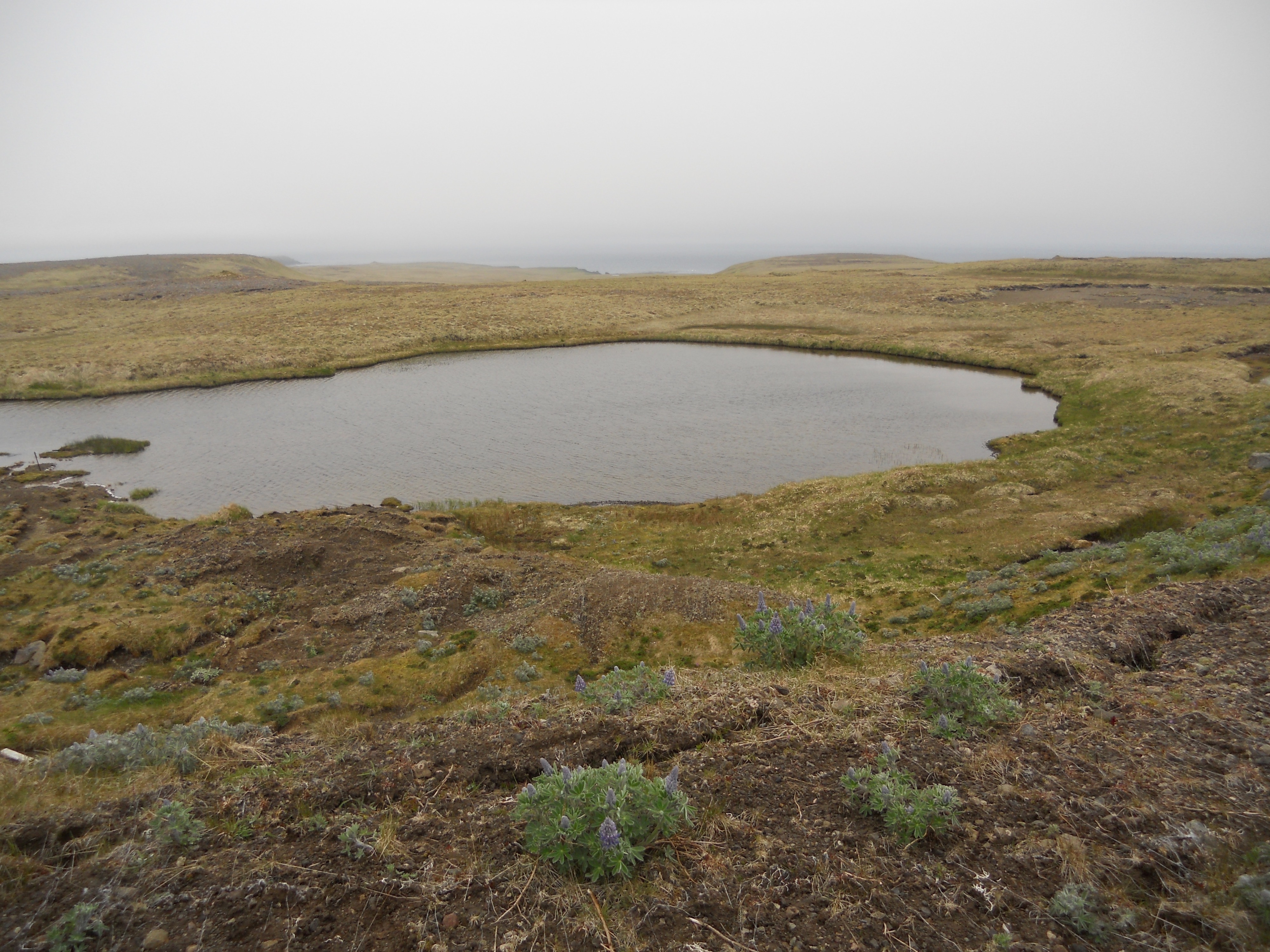 This lake formed only after the detonation of the Cannikin device

Our work on the island is close to the detonation sites, so we visit all three. For those that are interested, film of these and other events has been declassified and is available on YouTube (Long Shot, Milrow, and Cannikin).